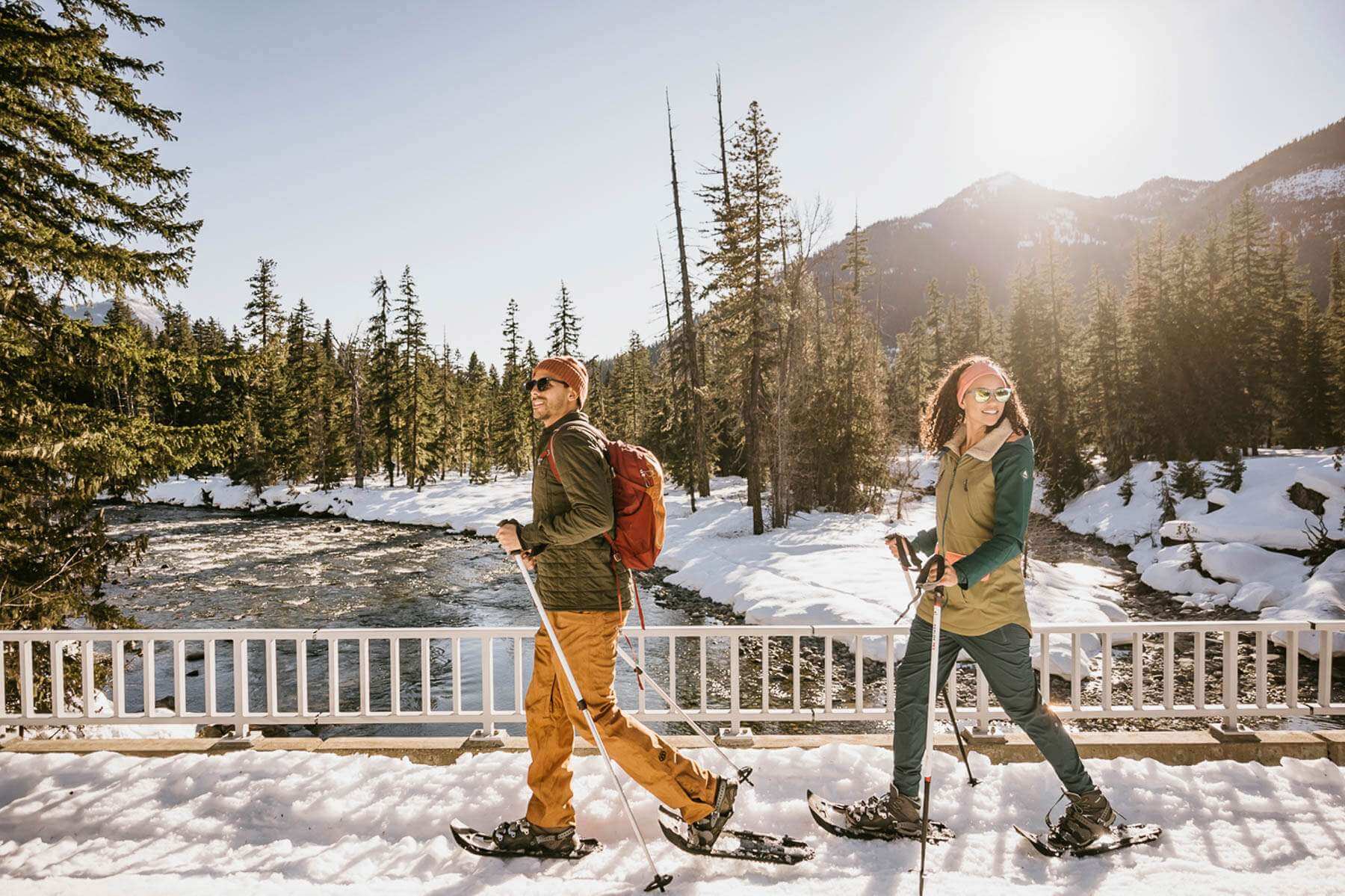 The State of Washington covers 71,300 square miles of land divided down the middle by the Cascade Mountain Range and bordered on the west by the Pacific Ocean and Salish Sea. These diverse landscapes mean the climate can vary greatly region to region.

Elevation, topography, and precipitation vary widely across the state. Due to the location of the North Cascades, many think of Washington in terms of areas east or west of the mountain range.

The eastern side of the state is broadly characterized by arid high desert, rolling hills, sagebrush, and pine forests. It tends to see drier weather with hot summers and cold winters. This landscape creates perfect growing conditions for much of the state’s hop and wine production.

The Cascade Mountains and surrounding foothills sit at higher elevations and see plentiful snowfall each winter.

Colorful blossoms and mild temperatures characterize spring in Washington. This season brings less rain than winter, although showers are still common into early June in Western Washington. In the mountains and higher elevations, light snow is possible into late March.

This period before peak travel season is a great time to view spring blooms and take advantage of fewer crowds, especially at popular hikes and parks. Just remember to pack layers.

By mid-June, temperatures climb into the mid-60s in many Western Washington cities, while cities in Eastern Washington experience highs in the high-70s. Expect clear blue skies with limited showers during these months. While a popular time to visit, summer is also when the state sees the most crowds.

Fantastic weather continues into fall, with warm September days giving way to crisper temperatures and fall colors in October that are perfect for outdoor exploration without as many crowds. Early falls is mostly sunny and dry. Come November, rain starts to increase and temperatures continue to fall.

While rain increases and temperatures drop, winter is an excellent time for winter sports and exploring all the state’s cozy restaurants and cultural offerings. Expect moody fog, great storm watching along the coast, and peak winter wonderland experiences in the Cascade Mountains and other higher elevations. Ski season kicks off in late November and usually runs through April.

Tips for Travel During Peak Season

Washington’s mild, sunny summers and abundant outdoor recreation – the state is home to three national parks, miles of coastline, mountains, and abundant lakes and rivers – draw many visitors July through August. While summer is lovely, it also means popular areas such as Mount Rainier National Park and the Olympic Peninsula can be crowded.

With 71,300 square miles of land, the State of Washington offers a multitude of under-the-radar destinations and alternative options to explore during the busy summer months. Here are some tips for making the most out of your time here: